What Are The Differences Between Annulment And Divorce

Annulment and divorce are two key concepts in family law in D.C. As divorce lawyers advise their clients, divorce and annulment both end a marriage and free former spouses to remarry. But while divorce legally dissolves a marriage, an annulment declares the entire arrangement void. Under the law, it is as though the marriage never happened. Keep reading to find out more about the essential differences between these two divorce law concepts. 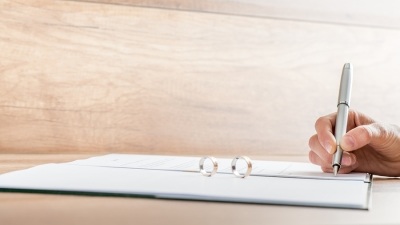 When a divorce lawyer pursues an annulment for a client the reason for the annulment must have existed at the time the parties were married . For example, annulment may be possible if one party committed fraud, concealed facts which caused the other party to enter the marriage. A party may also seek an annulment on the grounds that the other spouse was still married to another person.

Annulments do not require the parties to formally separate before pursuing the dissolution of their marriage. With a divorce however, your divorce lawyer will need to show that you and your spouse have either been separated for a period of six months or one year if the separation is not mutually agreed upon. This means that the court will not grant a divorce until you and your ex have shown that you lead separate lives. Legal separation does not mandate living under separate roofs; however, former spouses must sleep separately if they continue to share a home.

In an annulment, the court declares a marriage to have been void from the very beginning. Because there was never any union in the eyes of the  law, each party keeps any assets they owned prior to the marriage. Additionally, alimony is almost never rewarded. In divorce, the court recognizes that the union took place but is now dissolved. Because there was once a shared unit, assets will be divided at the judge’s discretion. Additionally, alimony may be awarded to one spouse.

By caboykin | Published October 15, 2015 | Posted in Divorce | Comments Off on What Are The Differences Between Annulment And Divorce